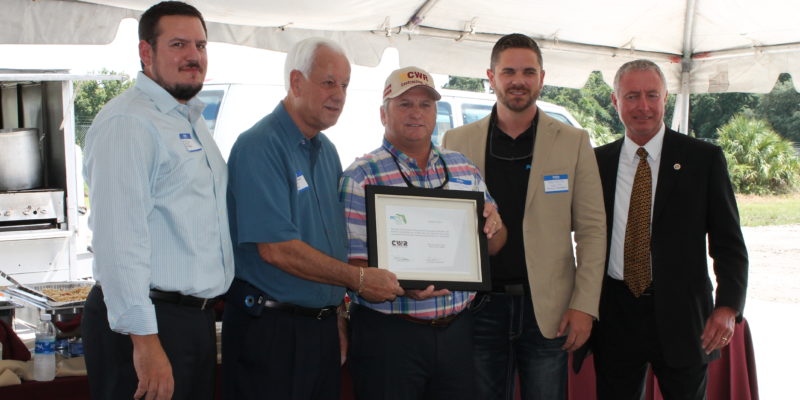 August 16, 2017, marked the open house of C.W. Roberts Contracting, Inc. (CWR) newest asphalt plant located at 2102 Jim Johnson Road, Plant City, Florida 33566. The plant rests on 43 acres and has two silos, which can each hold 200 tons of asphalt and can also be filled in less than two hours.

“Some may call it black gold,” said CWR’s President, Robert P. Flowers. “This is a great location and we have plans to add a third silo within the next two years. Under its current operations, the Plant City plant can produce 1,000 tons of asphalt per day and about 200,000 tons per year. We are ready to tighten our belts and start producing asphalt while paving all roads and highway construction for this great city”.

“When they make a decision to invest in our community and bring those jobs into our city, it’s a confirmation that we’re doing things right here on the I-4 corridor and in our city,” said Mayor, Rick Lott. “We’re just so happy that you’ve made this decision, and we’re grateful for the employees that want to work here. We’re excited about the potential.”

CWR’s fifth asphalt plant in Plant City is in a prime location between Orlando and Tampa, and with it being close to I-4, the company intends on paving and improving the highway infrastructure for several surrounding cities, while having quick access to other Florida hotspots.

BACK TO ALL NEWS